An Interview with Jeff Zycinski - The Red Light Zone

Published this year, The Red Light Zone: An Insider's 'Laugh 'n' Tell' of BBC Radio is the affectionate and humorous memoir of Jeff Zycinski, longest-serving head of Radio Scotland, as he looks back on 25 years working at the Beeb. 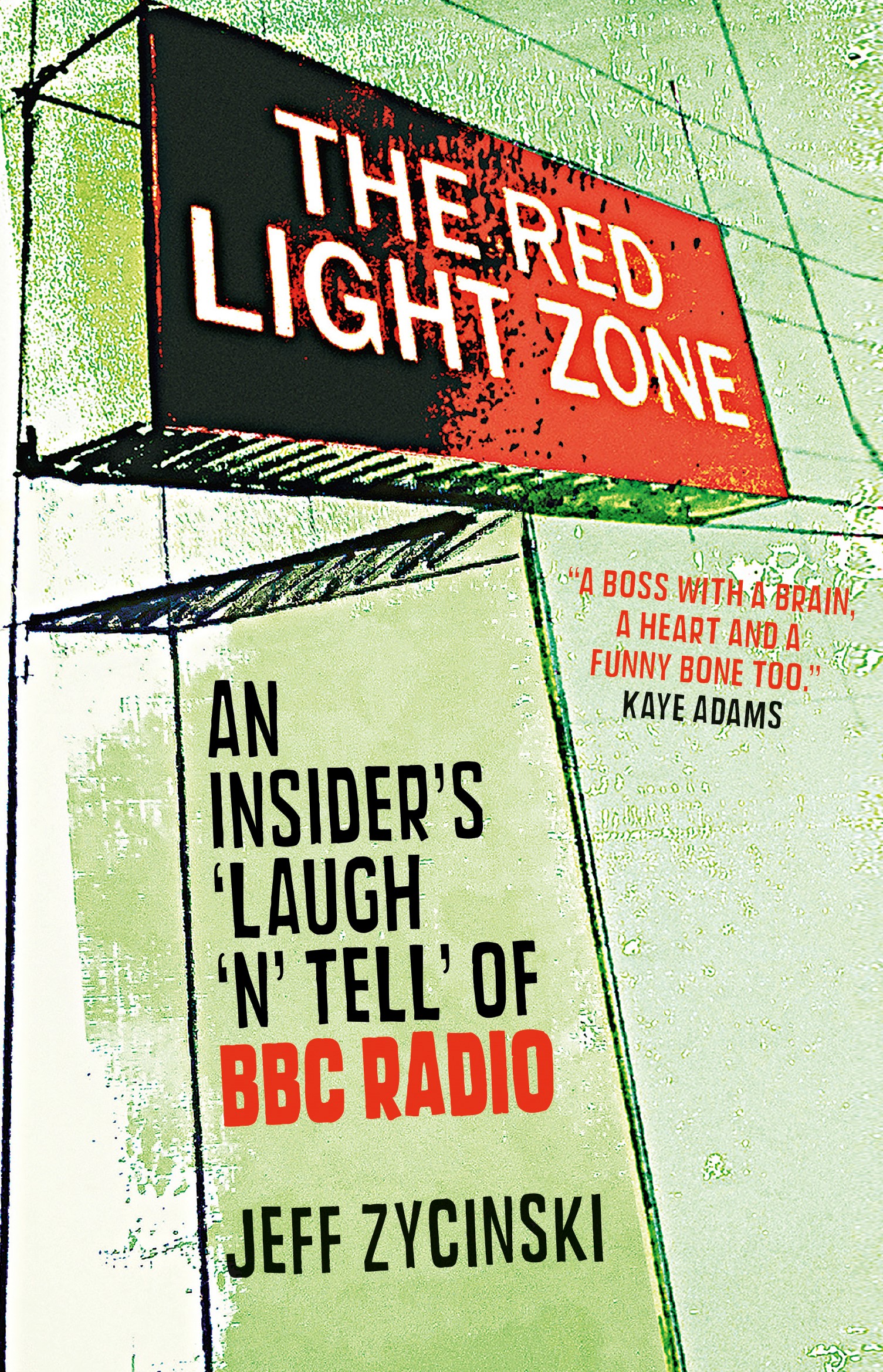 Scottish Bookstore: Hi Jeff, congratulations on The Red Light Zone. Can you tell us a little about what the book is about?

Jeff Zycinski: Thanks. It’s not quite as shocking as the title suggests. It’s my offbeat, slightly eccentric and, say the critics, very funny account of my career in BBC and commercial radio and how I balanced that with family life. It’s about the people I met, the places I went and all the trouble I got into along the way.

SBS: What was the inspiration behind the title The Red Light Zone?

Jeff: The red light in a radio studio reminds you that a microphone is live and you have to be careful about what you say. For me, now that I’ve left the BBC, that particular red light is off, so I can say what I like – within reason! Hey, that’s what lawyers are for.

SBS: With 25 years of recollections to choose from how did you decide what to include, and what to leave out?

Jeff: I decided there would be 25 chapters for those 25 years, and each one would move the story forward. Mentions of big news or sporting events would allow the reader to know where we are in the timeframe. Beyond that I wanted each chapter to be brimming with funny and interesting stories, such as my encounters with Hollywood stars, members of the Royal Family or billionaires like Richard Branson.

SBS: As someone who has spent most of his professional career in journalism, how did you find the process of writing a book?

Jeff: I loved it. It was great having the time to play with words, delete the boring bits and hone each chapter into a kind of self-contained monologue that I could imagine reading aloud to a friend and hoping they would laugh at the right bits. After the first few drafts I got great advice from my publishers (Lunicorn Press) and my editor Gale Winskill who told me that a memoir is like a novel except that the main character is yourself. She suggested I delete anecdotes that came across as too bitter or mean-spirited, because that’s not who I am. Well, not most of the time.

SBS: The Red Light Zone was published earlier this year. What is it like being a published author, and are there any promotional/publicity events coming up over the next few months?

Jeff: It’s scary and thrilling at the same time. I was braced for some negative reviews – but none came. The Daily Express printed a full-page article on the book. I was chuffed when the big Los Angeles radio consultant Dan O’Day interviewed me for two hours via video link and then told his subscribers simply: buy this book! Also, I’m a frustrated performer so I love turning up at bookshops and festivals and doing that ‘reading aloud’ thing. Next big one is in Perthshire on 30th of August. I’m doing a special gig in Aberfeldy and remembering a radio show we made there 17 years ago. It will be a bit of an extravaganza with audio and video clips to illustrate episodes from the book.

SBS: Without giving too much away, you mention in the book that you have written some fiction in the past. Should we therefore be expecting further books in the future?

Jeff: In The Red Light Zone I describe how my comedy/romance – The Good Listeners – caught the attention of a big London agent who was talking to me about million pound deals. Sadly, she died suddenly and I put that manuscript in a drawer. I’m now writing a novel about a man whose job is so dull that even the people in his dreams stage a protest…but everything changes when he goes to Prague, the birthplace of Franz Kafka. That’s all I can say about that now.

SBS: Finally, after 25 years in radio, do you have a favourite current show or broadcaster?

Jeff: I love authenticity in a presenter – people who sound like they live in the same world as the rest of us. So I’m a big fan of John Beattie’s lunchtime news show on BBC Radio Scotland because he has no fear of sounding daft and is always keen to get answers to questions that you or I would ask, not just the oh-don’t-you-sound-clever news questions. If I don’t want news, then I listen to Ken Bruce on Radio 2. He gets a mention in The Red Light Zone because of a scandalous song about Santa Claus. Buy the book and find out more!

Thanks to Jeff for telling us more about The Red Light Zone, a book that really does give the reader a behind the scenes look at life at the BBC, and an insight into some of Scotland's most popular radio shows of the past quarter of a century. Highly recommended.

The Red Light Zone is available from Scottish Bookstore, and you can order it by clicking here.