Exciting news for author Allan Martin, whose thrilling and atmospheric novel The Peat Dead has been shortlisted for the Bloody Scotland McIlvanney Prize for Debut Crime Novel 2019. 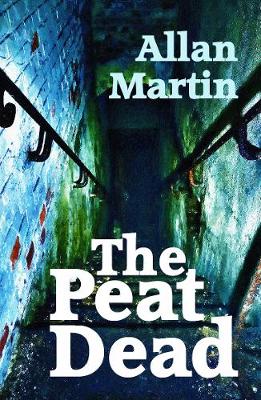 Set predominantly on the magical island of Islay, The Peat Dead is a remarkably assured first novel that introduces us to Inspector Angus Blue and his team, who are confronted by the grisly discovery of five corpses in a peat bank.

Skilfully blending historic and current political events with the intricacies of a police investigation and astute insights into island life The Peat Dead grips the reader from the very first page.

On hearing of his nomination, retired teacher and university lecturer Allan said, 'I am thrilled to be shortlisted for such a prestigious prize. It is a great honour and something I could not have imagined when I started writing.'

Seonaid Francis, Editorial Director at ThunderPoint Publishing added, 'Allan Martin has crafted a gripping novel that draws on historic events and places them firmly in current times, and reminds us that the past effects us all. He is an author to watch and we strongly recommend people search out The Peat Dead'.

Reviews of The Peat Dead

“A mystery so redolent of its island setting that you practically smell the peat and whisky on the pages.” – Douglas Skelton

“This atmospheric crime novel set on Islay gripped me from the start. A book that shows decades-old crimes cast long shadows.” – Sarah Ward

About The Peat Dead

On the Scottish Hebridean Island of Islay, five corpses are dug up by a peat-cutter. All of them have been shot in the back of the head, execution style.

Sent across from the mainland to investigate, Inspector Angus Blue and his team slowly piece together the little evidence they have, and discover the men were killed on a wartime base, over 70 years ago.

But there are still secrets worth protecting, and even killing for.

Who can Inspector Blue trust?

Allan Martin worked as a teacher, teacher-trainer and university lecturer, and only turned to writing fiction after taking early retirement.

He lives in Glasgow and with his wife regularly visits the Hebrides and Estonia.

He has had several short stories published, notably in iScot magazine and 404Ink magazine.

He has also translated from Estonian a ‘closed-room’ mystery, The Oracle, originally published in 1937.

The Peat Dead is available in paperback at £9.99 and can be ordered from Scottish Bookstore.